(This gun have been provided for review by Begadi.com)

The HK 33 was developed by H&K in the 70s as an answer to the growing popularity of the 5.56 Calibre bullet. For different reasons, the weapon did not become as popular as its predecessor the G3 but still proved to be a capable Assault Rifle. Adopted by nineteen countries, this is a bit of a odd piece and a perfect excuse to dig out that Mexican or Portuguese Uniform you may or may not have lying around the house. That said, the generic battle rifle feel makes sure it looks good with pretty much any outfit.

The body of the gun is one of the selling points of the gun despite the obvious fact that we never had a HK33 without a metal receiver and upper. The HK33E was after all the very first gun Classic Army made and it sadly provided a few glaring issues in the first version that have since been corrected. The Pistol Grip and lower part – alongside stock and handguard – is made out of Polymer and a good one at that. It feels sturdy enough so I am not particularly worried that it is going to break on me.

As for the Upper, outer barrel and magazine, Version 2 gives the metal the same quality and the same finish as their G3 Line meaning you are going to have to earn your Battle Scars the hard way. It does however also mean that you who likes your weapons heavy are going to be disappointed; it seems like Classic Army have taken a page out of ICS book and made their metal guns light. I do not mind one bit but that is because I am fat and lazy; others may. I also have some issues with the finish, it is far too prone to show the metal underneath if you scar this gun instead of creating nice long scars.

What I do however mind is the trademarks. Trademarks is only a selling point if you feel invested in the weapon and the brand; that is why people are willing to pay more for H&K and AR-15 Trademarks and while the SAR Trademarks do not add to the price tag, they do however come off as a bit cheap. It is however a reasonable price to pay so it remains a mere matter of opinion.

The handguard of the gun is the wide angle one found on H&K Weapons from the 80s and 90s; made popular by the MP5 but later adapted in longer versions for the HK 33 and HK G3. It does not have many features – this is the time long before Rail Interface Systems – but it can fit a SG1 Style Bipod if you really want.

Without a battery inside it, the gun feels a bit wobbly and it is prone to happen if you push the handguard upward with too much force. The handguard is easy to remove so inserting something to keep distance between it and the barrel is advised if you do not have your battery in that space.

The outer barrel has only one surprise and that is the ease you can remove the flash hider. Its a 14mm CCW threading and mounting a new flash hider or a suppressor is a very easy thing to do.

The Stock was the literal weak point of the SAR line when Classic Army first launched it, breaking at the slightest gust of wind. This have thankfully been fixed and the Stock feels as solid as it should be. Depending on your version, you may have a sliding stock instead of the standard one; that does however come down to preference and does not impact the performance.

However, if you intend to do things that involve the handguard – such as mounting a RIS – then battery in the Stock is to be preferred. For travel or on patrol when nothing happens, it is however convenient to slide the stock in to make the weapon shorter.

The Battery Connectors are Deans and here is one of my pet peeves with the gun. The connectors themselves are Dean but the cable extending from the gun itself is a Tamiya connector, diminishing any advantage there may be by using Deans. While this is easy to change, I feel having Deans is not worth anything if they are not going to do it properly; it becomes an impotent sales pitch.

Speaking of impotent sales pitch; I am going to take this glorious opportunity to denounce the horrible American buzz word ”LiPo Ready”. Any gun is LiPo Ready and a 7.4 is recommended for this one. Unless you plan on making this weapon into a DMR or make Youtube Videos where your shots is a white blur on people who burn your patches, there is no reason to take it up to 11.

One of the things I pride myself with my reviews is that I properly make sure to test my guns in the field. Anyone can sit in front of their screen and talk for twenty minutes and then shoot a bit in their backyard – it will not reveal any major defects. However, you would be surprised how quickly just taking a gun out for a game reveals more about it then several hours at home ever could.

For this reason, I was for once happy to see the rain pouring down from the skies and the ground covered with mud. I was not going to this chance for me to test this weapon in less-then-ideal conditions go to waste and since I already had a go-ahead from Begadi to ”put it through its paces”, I wondered if this meant I would have to return it in pieces as I almost did with their M41 LSR.

The gun did however come through. Both the inner workings and the outer finish seemed to just shake the water and mud off and keep going and that is more then I can say about some guns I tested.

The magazines all work fine with the gun and they snug securely into the receiver. Getting them in there can be a bit tricky at first but you will get used to it. The Fire Selector likewise is a good one. Not once did it drift away from my chosen setting and I approve of that – especially since I have seen what can happen when some airsofters think their guns are safe when they are not. Do however be wary that the High Caps can be a bit sensitive and prone to jamming, esp if used in wet climate.

Despite the fact that the gun can be a tad long it is easy to handle and the sight picture is thanks to the H&K sights a foregone conclusion. Just point and shoot. Since I got the German Restricted Version, I could only use Semi Automatic Fire but this was not a problem at all. It remained consistently accurate, even at longer ranges and all this out of the box.

I would not consider myself impressed but if it can take this weather, then it can take a lot of things meaning your investment will not break just because you happened to bring it out in the woods.

The guns performance is what you can expect from a Classic Army Rifle. It is a good choice for woodland with about 105 m/s (344 FPS) and the quick spring change system can bring you down to CQB levels without much effort at all.

It is not a gun you use 0.20 BBs for, 0.25 or more preferably 0.28 is the better option by far – as with all woodland guns. I went on the field with two high capacity magazines, one donated from a friend and the one that came in the box. They fed well and never let me down. The cheap ammunition did however not fare as well in the humidity and expanded within the magazines causing a feeding jam – the gun can however not be blamed for this. 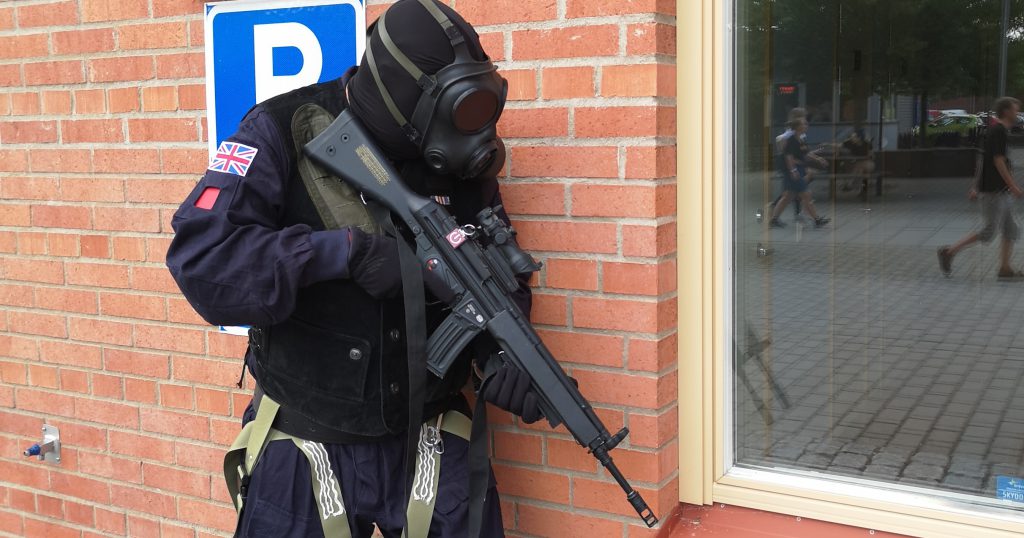 Despite the fact that the gun is semi-automatic only (German Versions Only!) I felt this did not restrict me at all. While I of course would have liked a test of the fully automatic rate of fire, a switch of the selector plate did not feel like something I needed to do with any due haste.

Before the LC3 came out, the first thing people usually ask me when they hold either this gun or the M41 LSR is ”Where can I get me one of these?”. I was no different, I took the discount deal I got offered for reviewing this gun and kept the gun for my Thatcher outfit.

This gun is a good example on how to make a decent rifle out of the box and while I have a few issues with the Deans Connectors I recommend it to anybody who wants a HK 33; it is also a update over the former version and most importantly of all in the same price range. I would have liked to see it for a lower price or see more features added but it is a niche gun and you will simply have to accept that.

It is nice to see that the major issues from the M41 LSR are not present on this gun, instead I find it easy to handle and maintain. Magazines and other accessories may be on the tricky side to find but thankfully a lot of stores seem to have spare stock of this. You will however have to take into account that this is a weapon that is not inheritable customizable. If you can live with that; then go for it because the risk that you will be disappointed is close to zero. 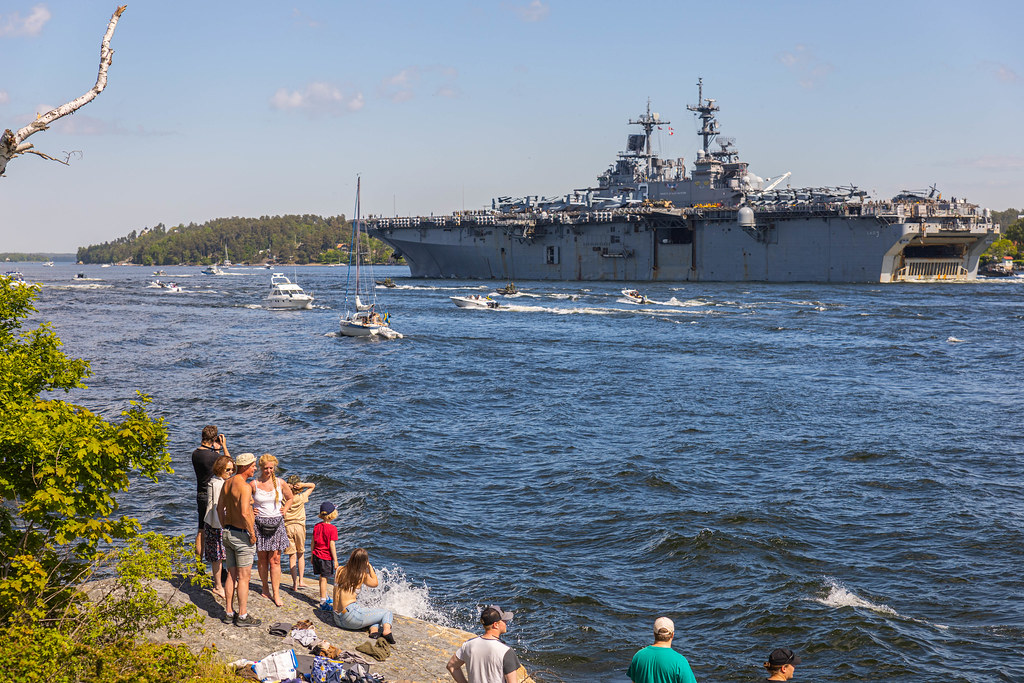 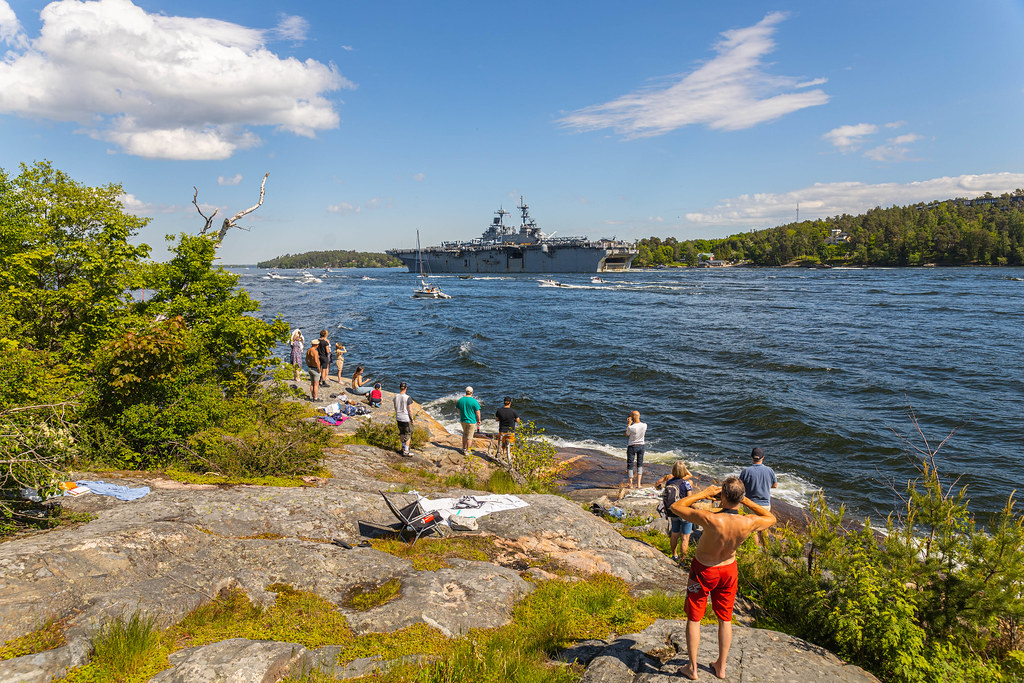 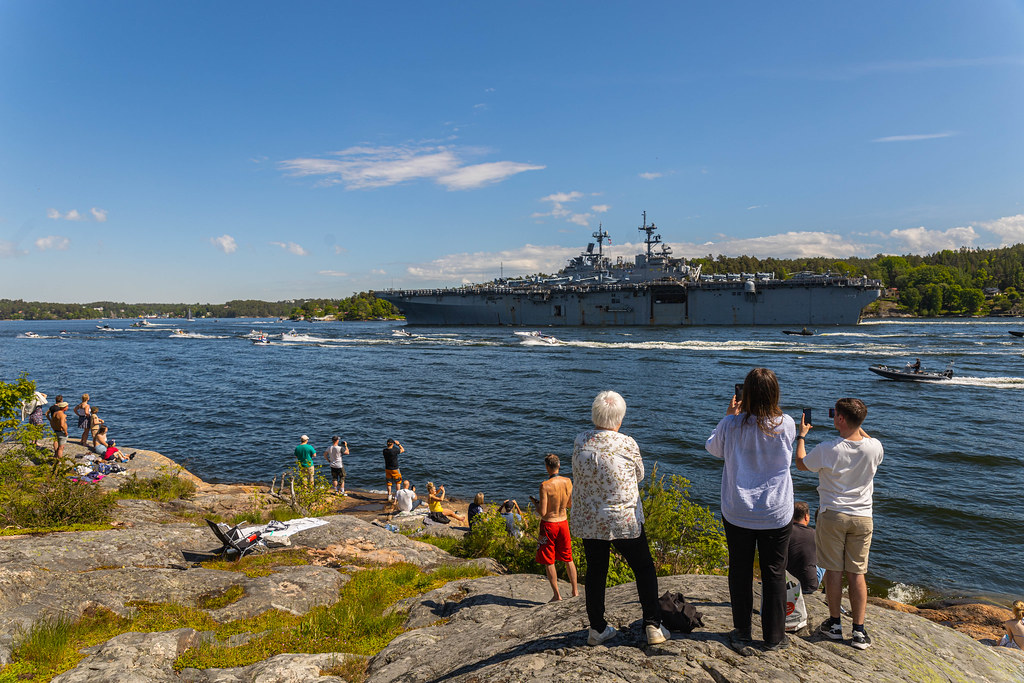 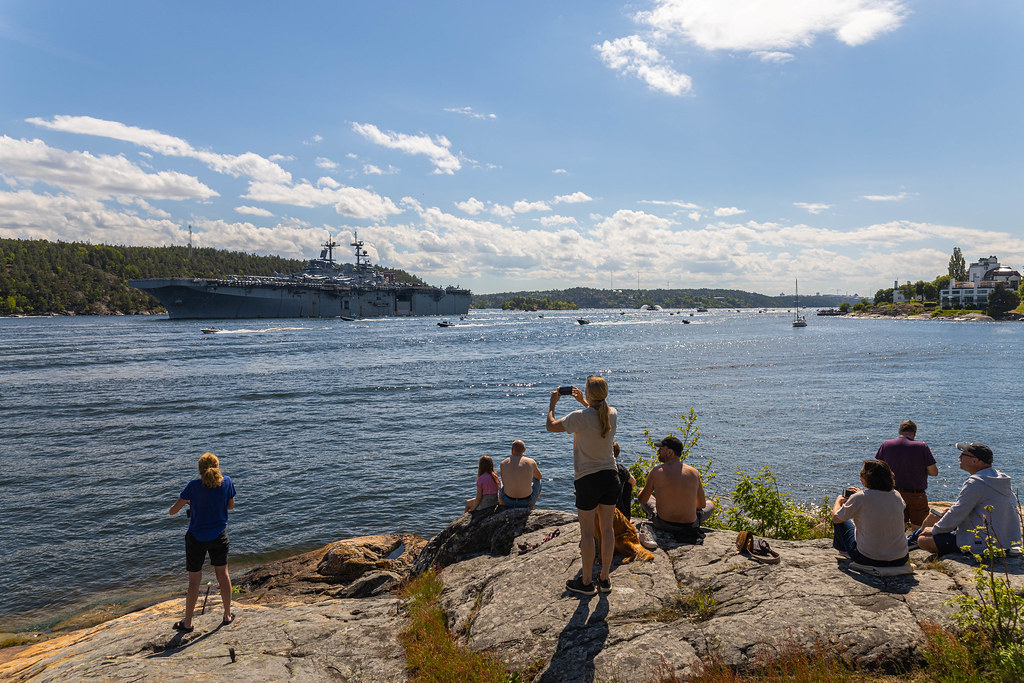 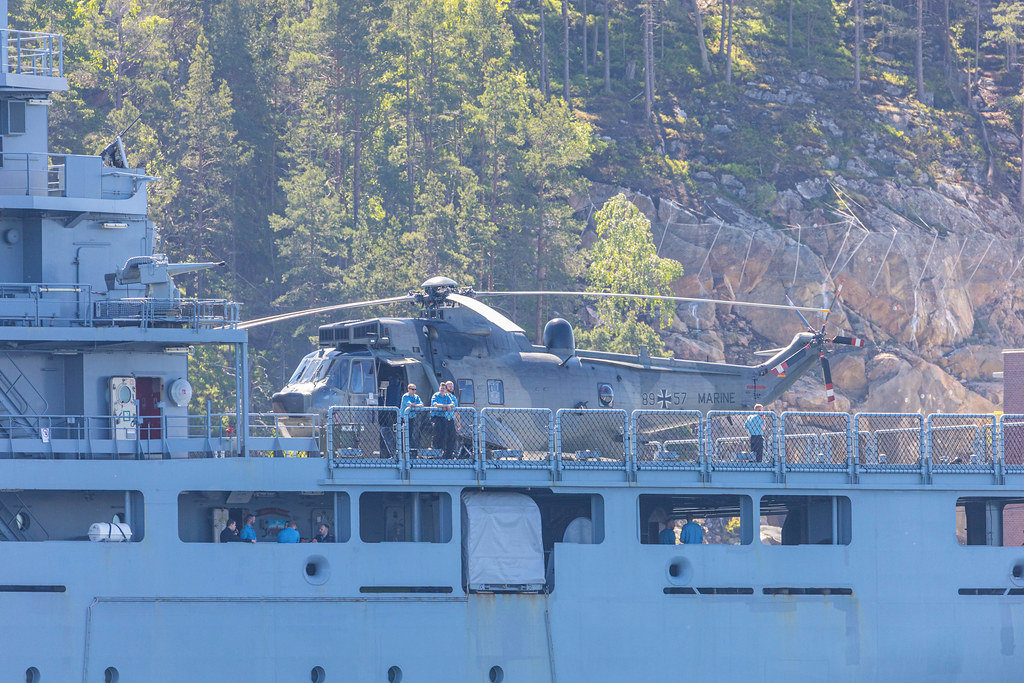 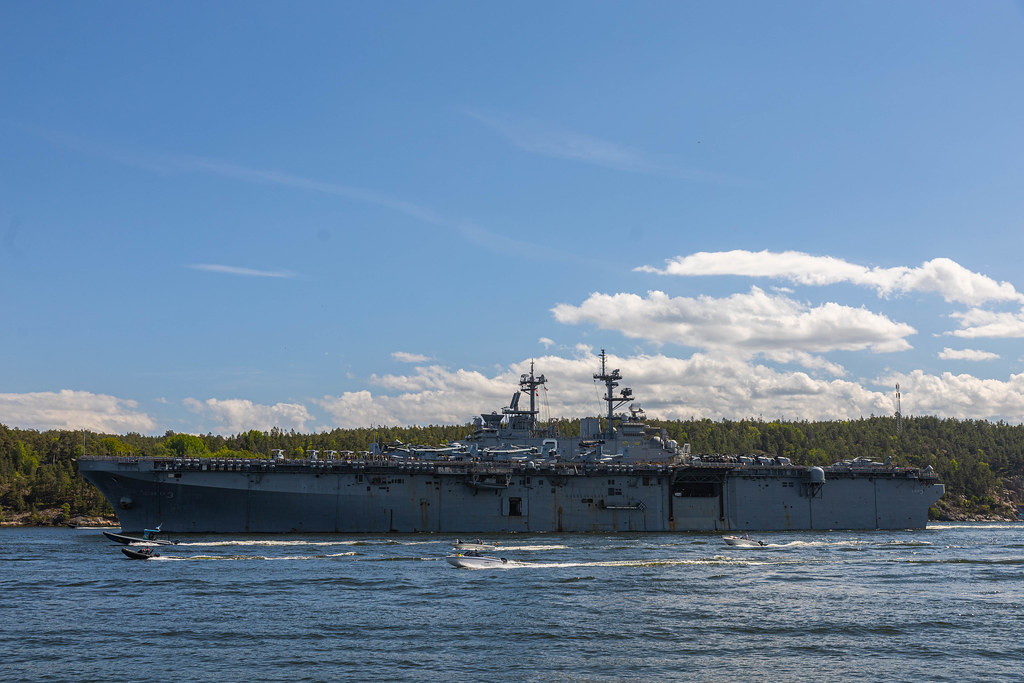 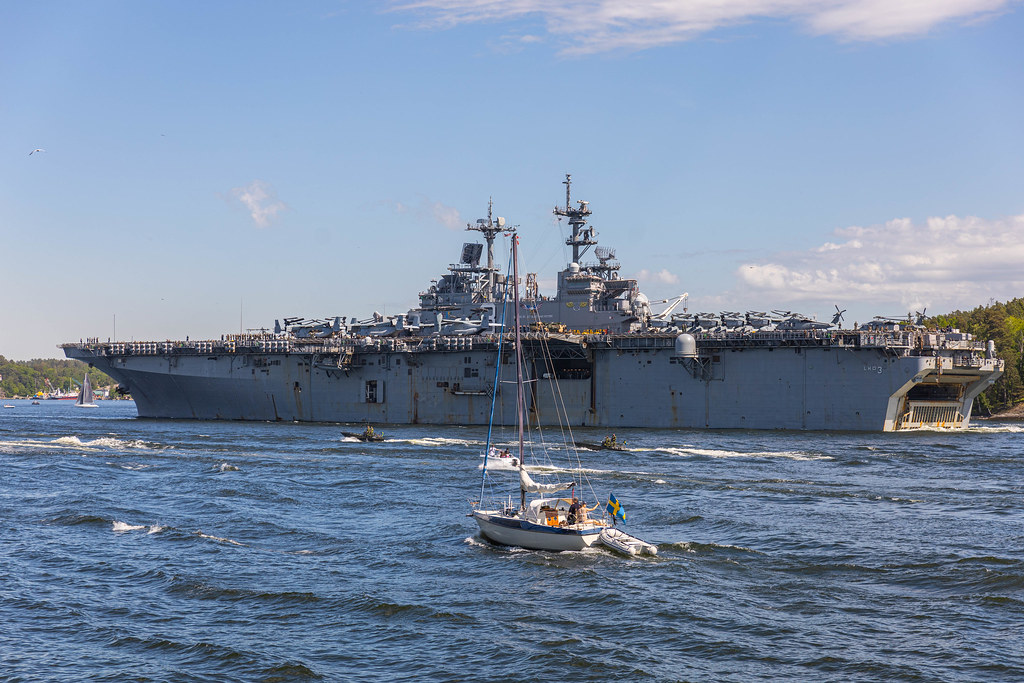 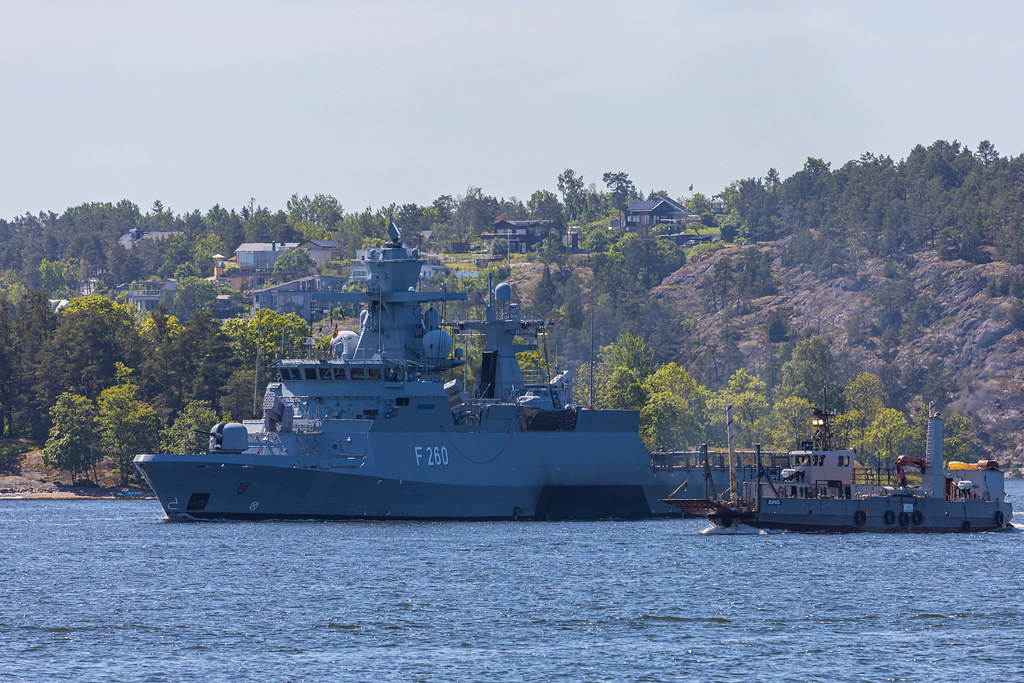